It’s a great movie. Period. Wait. It’s a period movie. Great. Here are 9 reasons why you can not miss this movie at all

1. Fresh plot
It’s a really fresh plot. Guy tries to free his tribe, but he couldn’t and dies, so his coming-of-age son gets to know about his father, and then takes revenge while the villain has the hero’s wife and mother with him. Who would have thought?

2. Not one movie
Shamshera is multiple movies in one. You spend 200 bucks sitting 3 hours there wondering- ye pehle kidhar dekhele lagta hai. Veer (remember? Salman? Pindari), Bahubali, Agneepath, KGF, and many more, Shamshera is a nostalgic trip to remember those movies and kill yourself.

Chicha (Pir Baba or whatever) waits 25 fucking years to tell Balli (why why why why why would you name Shamshera’s son Balli and expect him to be taken seriously) how great his father was. Not just that, he waits 2 hours 45 minutes to tell his entire tribe, Shamshera wasn’t a traitor and everyone gets motivated and fights together. Chicha pehle he bata dete. Bechara balli mast apni life ji raha tha, bachho ke sath khel rhaa hai, ladki pata raha hai, chori kar raha hai but nahi, what better age to motivate the guy than when he gets tharki. Tharak will provide freedom. Also, chicha was training balli with useless skills (not once do they, neither Balli nor Chicha, use them in the movie), why not just lead the rebellion on your own? Maybe, it’s the face. Who won’t get motivated seeing Ranbir with a fake af beard?

In the middle of nowhere Balli gets a horse which is okay except wait for it horse has a saddle on its own. Magic

Balli gets multiple chances to kill Shudh Singh but nope. Nope. At one point, you might think the movie is ending and he is about to have easy kill but nope, and just then the screen will say- interval.

Balli finally decides he should steal the Queen’s crown. Single-handedly. This he realizes after 2 hours 20 min and after getting all his friends killed. Movie could have ended at interval if only he had IQ above room temperature.

Multiple times, Saurabh Shukla is wearing monkey cap to hide his face. Monkey cap. In 1850s. And no one recognises him. Yup.

In the end fight where every villain dies., the British officer who is directly hit with bullets first, somehow magically, appears in the end with a fracture. That’s all. Easy shit. How is that logical? Remember the ring fight? They showed how he is an amazing fighter. Makes sense.

Oh I forgot, Sona. Half the time you are confused if they are talking about gold or heroine. Sona and Balli get engaged with a ring. Because obviously tribal Balli who has lived in captivity knows all about how to woo a Sobo chick bro. Sona gets pregnant right away and has a baby bump in weeks. Why does it sound familiar? Oh wait. Fuck. Alia bro. In a couple of months, she delivers a baby. On her own. Under a tree. All during gun firing. Yup. Sona, Cow. Same thing.

Btw, the geography of the movie is mystical. The entire movie is happening in a fort with desert on one side, a river behind it, and mountains and forests just a few hours away. Sone ki chidiya i tell you. Wait. Not that Sona. Difficult to forget her though.

5. Fashionable
The movie has some amazing fashion appeal. Sona wears SoBo clothes and has a hairdresser. At one point, you might think she has a time machine and she has come from the future. It’s the same time machine we will have to use to go to the 1980s and make some sense out of this masterpiece. All said and done, she was sanskari af okay. Once she gets preggo, she only wears a saree and all so shut up haters. They spend so much on her dresses, hair, and makeup that they had to give her a fake baby made of chunni. Not even a doll. Yes. Budget issues.

6. Sanjay Dutt
That guy is rolling. I have never seen him do such diverse a role. A crazy creepy villain.  Kancha, Adhira, Ahmad Shah, Shudh Singh. Nope. Very very different. I mean the beard. Or the hair. I guess.

7. Metaphors
It’s a piece of art. The movie is filled with metaphors, like crows flying randomly to show freedom or something. Or maybe it’s the spirits of dead ones. Possibly they were coming on shraads. Crows even fight alongside Balli, take a bullet for him, and even give him CPR. CROW GIVES CPR. Read that 5 times. Crows have a higher IQ than humans in the movie.  Remember the film, Maharaja? Govinda? Birds? Nope? (I don’t have a life).

There is a background song of peeth mein khanjar, which Balli uses as dialogue as well, and Darogha does that literally in the end, to spoonfeed you it was a metaphor. It’s important because the film is very high on IQ compared to the audience who will love it.

8. Editing
The movie was supposed to be 5 hours long but they cut it down and dumbed it down for logical reasons. They removed the non-important stuff. For eg they spend the first quarter explaining how important is a surang and when they finally find it, it’s never shown. Cut to Balli is already out.

Similarly, Shamshera can’t even get on top of a hill at night but Balli reaches in daylight. How? We will never know. Cut. Cut.

Balli reaches under the Agni kund of a wedding when 1000s of British soldiers are waiting for him at the gates. How? Cut. Cut.

If you want more proof, Google cast of Shamshera, and ask yourself where were these actors? Ashutosh Rana, Sharat Saxena, Kabir Bedi and wait for it- two more actresses are credited but nowhere to be found in the movie. Cut. Cut.

9. Progressive
The movie is OG when it comes to showing the times of Rani Laxmi Bai. There are two women whom you can recall in 3 hours. Two. Two. Yes. Two characters who do what women are supposed to do- entice men and become pregnant. Because what if Shamshera becomes a hit and you want part 2? Need a child.
Sona has in total 7 dialogues, 8 of which are- nahi balli nahi, balli, nahi. (which is what she should have told him during sex tho)

Also, I don’t want to get into understanding and showcasing caste but tribals have been egalitarian from times forever. The movie beautifully shows that in a 2 second missable scene when Sona hits someone with a sword. Or maybe she was adjusting her hot SoBo top. We will never know.

They do address the caste system in the end. Metaphorically. The only way to end it – kill the UC cops and run away. I guess. It will be too illogical for them to stay in that fort now when all villains are dead. Obviously, freedom for lower castes means they should go back to being dacoits as UCs still won’t let them be around them. Such, an eye-opener movie. Sigh

Chicha waiting for Balli to grow up and lead to get his father’s name back to glory is exactly like Shashi Tharoor expecting Rahul Gandhi to lead the fight against villains. I mean the friends of the British. I mean the BJP. Sorry. Savarkarised

All in all, Shamshera is a must-watch to get support for the bill of euthanasia in Parliament.

*Hire me YRF for promotions* 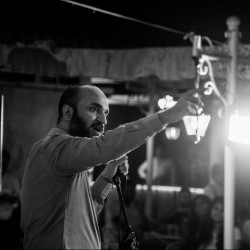